Chennai Super Kings were crowned IPL 2021 winners after defeating Kolkata Knight Riders in the final. CSK won their fourth IPL title with a 27-run victory against KKR in the final. Batting first, CSK amassed a massive 192-3 total thanks to an 86-run effort from Faf du Plessis. Later, in the second innings, CSK limited KKR to 165-9. During the Indian Premier League 2021, there were numerous stunning knocks. Throughout the competition, only a few batters had consistent batting performances. Even the race for the orange hat was a nail-biter until the last match. In this article, we look at the top five most run-scorers in the IPL 2021. 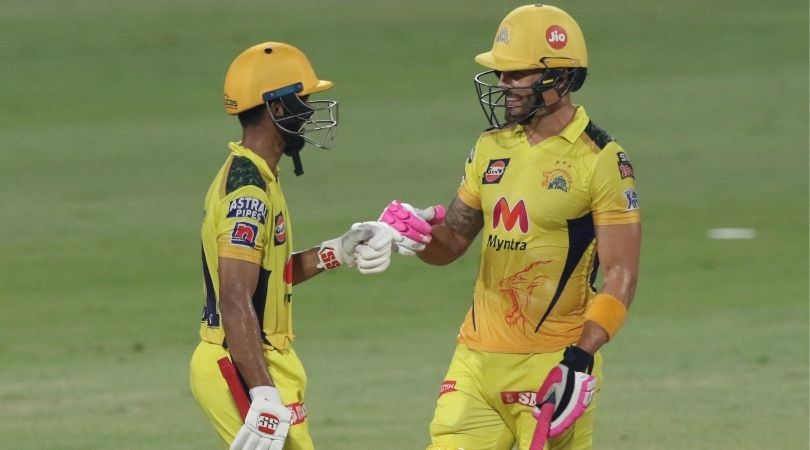 Ruturaj Gaikwad of CSK was the best run-scorer in IPL 2021, earning him the orange cap. In 16 matches, the CSK opener scored 635 runs at an average of 45.35. During the event, the right-handed batsman also scored a century and four half-centuries. Gaikwad batted with a strike rate of 136 or higher.

Ruturaj Gaikwad defeated Punjab Kings skipper KL Rahul to win the Orange Cap for the Indian Premier League in 2021. The youthful opener ended with 636 runs in 16 matches, making him the youngest Orange Cap winner in IPL history. During his half-century knock, Faf du Plessis also surpassed Rahul Dravid to take second place on the list. Gaikwad had broken the 600-run barrier earlier in the season with a magnificent 50-ball 70-run knock against DC in Qualifier 1.

Faf du Plessis finished the event with the second-most runs. The CSK opening fell only three runs shy of the orange cap. The right-handed hitter scored 633 runs in 16 innings, averaging 45.21. Plessis also smashed six half-centuries in the competition, including an unbroken 95. While batting, Plessis had a strike rate of 138 or higher.

KL Rahul, who hit the most sixes in the Indian Premier League 2021, finished as the third-best run-scorer. In just 13 games, the Punjab Kings captain scored 626 runs at an impressive average of 62.60. He also hit six fifties in the event while batting at a strike rate of 138 or above. Rahul’s best performance in the competition was an unbroken 98-run knock.

Shikhar Dhawan wore the orange hat for the most of the competition. However, the Delhi Capitals opener finished as the fourth greatest run-scorer in IPL 2021. The left-handed batter scored 587 runs in 16 games, averaging 39.13. Dhawan hit three half-centuries throughout the competition, the best of which was 92, while batting at a strike rate of 124+.

Glenn Maxwell ended the IPL 2021 season as the fifth-best run-scorer. The Australian batsman scored 513 runs in 14 innings for Royal Challengers Bangalore, including six half-centuries at an average of 42.75. Maxwell also had a fantastic strike rate of 144+. In the competition, he had the highest knock of 78.

During the Indian Premier League season, the HIGHEST SCORE IN IPL is awarded the Orange Cap. In the event of a tie, the batter with the higher strike rate receives the Orange Cap. Even if an opposing batsman has surpassed his runs, the batter with the most runs will wear the Orange Cap while fielding until the completion of the innings. The genuine Orange Cap award is given to the tournament’s overall leading run-scorer at the end of the competition. Brendon McCullum was the first player to wear the Orange Cap, while Shaun Marsh was the first recipient of the award. KL Rahul of Kings XI Punjab won the accolade last year after playing 14 matches, scoring 670 runs, and setting a 132-run record. He had a strike rate of 129.34, with 58 fours and 23 sixes.